Anselmo has given itself the mission of being the reference supplier for the most important dry pasta producers in the world by supplying plants that are capable of producing pasta with the highest quality levels obtainable on the market.

Together with this main objective, Anselmo’s plants must also generate maximum added value for their Customers thanks to the continual improvement of the investment/production output ratio, and the reduction of operating and maintenance costs and energy consumption.

As with many other Italian companies,
ours started with a family and a strong passion:
the family of the Anselmo brothers and the
passion for mechanics applied to pasta making.

In 1978, Giovanni Anselmo was a maintenance manager in a pasta factory when he decided to set up his own company to provide maintenance services to pasta factories in Italy and abroad.
The idea was to offer solutions not only to restore the original operating conditions lost over time due to wear or obsolete components, but also to improve the performance of existing lines, with structural interventions on the “weakest” components or devices.

This is how, during the first 20 years of activity, Anselmo learned about the manufacturing features and technology of pasta making systems. During that period, he also experimented innovative solutions on existing systems (especially Braibanti systems) to improve their performance.

The company’s mission to “provide Clients with the highest added value” was created during that period and has not changed ever since. It has simply adjusted to the new challenges that Anselmo has had to face, such as starting to manufacture new systems at the end of the ‘90s, according to the philosophy of Braibanti (leading manufacturer who was leaving the market in those years).

This philosophy is very simple: manufacturing super reliable systems to make pasta of the highest quality already after a few minutes from their commissioning, where the actual output is higher than the nominal one guaranteed by contract. Systems that are maintenance-free for the first 10 years and ensure lower energy consumption than those manufactured by the competition.
All this at a competitive price compared to the most qualified competitors. All these features make Anselmo systems the most reliable in the industry, ensuring high profitability given the same capital invested.
Anselmo’s success lies in the high quality of the Service provided with the systems, before sales (project analysis and quotation), during the installation of the systems, and after their inspection.

This is the result of an approach that revolves around Customer Satisfaction. Anselmo was founded as a Service provider and has never forgotten its origins and the deep meaning of the word Service. Quite the contrary, it has turned it into its competitive advantage and the foundation of the relationship with every Customer.

Anselmo is located in a territory where hard work and determination have allowed humans to shape nature and obtain excellent products by combining efficiency, sustainability, and beauty. Imposing castles rise on the top of the hills where vineyards draw the geometric lines and colours that characterise the landscape as the seasons change.
These harmonious patterns on the steep hills bear witness to the great skills, will of improvement, and the pursuit of excellence of the local population.

In 2014, UNESCO declared the vineyards of Langhe Roero and Monferrato a world heritage site. Along with the interest in food and wine of the highest quality (this is where both Slow Food and Eataly were founded), Piedmont has always been a place of great entrepreneurial skills both in the agri-food (just think of Ferrero and Lavazza, for example) and hi-tech industry. Piedmont is home to the Alenia Aermacchi plant, where they manufacture airplane parts for example for F35 or A380 for commercial transport. The Polytechnic University of Turin is one of Europe’s most prestigious university for the education of mechanical, electronics, and aeronautical engineers.

Anselmo draws its human resources from this cultural and economic fabric. Highly qualified men and women who work hard and strive to make excellent products exported all over the world.

Anselmo believes it is essential to dedicate as many human and financial resources as possible to the design, manufacture, and installation of its systems. To ensure effective Quality control, the entire design (mechanical, thermal-hydraulic, electric and electronic) and manufacturing stages are carried out in-house, in two production units.
Anselmo personnel always oversees the installation and commissioning of the systems to ensure the professionalism and teamwork that are at the base of every successful project. All this is done with an essential organisational structure. There is a Management Team composed of the Shareholders, to whom all the various Department Managers respond. Then there is the operations personnel.

In other words, only one hierarchical level between the ownership and production. This ensures maximum responsiveness and goal-orientation, which is regularly monitored. Moreover, the personnel is always motivated to suggest improvements, which the top management welcomes and evaluates.
The same applies to the Sales and Administration departments, which are streamlined to the maximum, and the company funds allocated to Marketing. The goal is to minimise as much as possible the costs that are not closely related to the improvement of the PRODUCT.

The Anselmo systems are sold in all 5 continents. Anselmo has a leading position in important markets, such as Venezuela, the second largest pasta consumer per-capita, and Turkey, the world’s second largest pasta exporter .
In Italy, Anselmo has installed its systems in prestigious pasta factories, which make pasta of the highest quality, such as the special pasta of Gragnano, pasta nests made with innovative production lines, and gluten-free pasta. Anselmo was the first manufacturer to have sold pasta-making systems in China. Today, Anselmo systems are in leading pasta factories of many countries, including Germany, France, Russia, Iran, Morocco, and Uruguay. 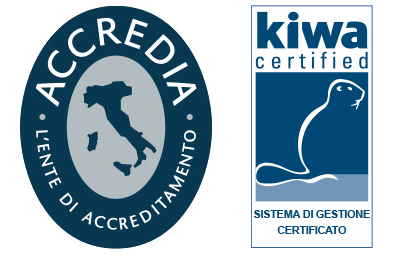